With British genetics behind Speckle Park, it stands to reason that there would be significant heterosis in cross breeding programs. Speckle Park have demonstrated that they retain their carcass advantages when crossed with other breeds.

Speckle Park Feedlot performance for weight gain across the 20 steers was 2.53kg per day, with a Speckle park steer achieving the highest weight gain of 3.41kg per day the highest for the 500 head in the trial. Saleable meat ranged from 69% to 71%. 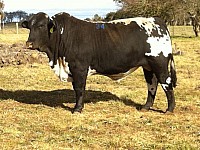 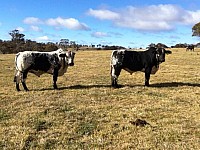 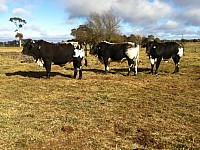 The Brahkle is the combination of using a Speckle Park bull as a terminal sire over Brahman females. The resulting cross carries a high degree of hybrid vigour. A combination of the meat qualities of the Speckle park and the hardiness of the Brahman is sure to deliver producer benefits.

Over the last 17 years we have researched and developed cross breeding with the hope that Lowline cattle would eventually become a commercial reality.

Our thinking has focused on  WHAT MAKES DOLLARS AND SENSE   in the beef world.

A few years ago we recognised the significance and potential of Canadian Speckle Park cattle.

Speckle Park steers excelled as carcase champions at the Calgary Stampede in Canada year after year.

and decided to transition from a Lowline to a 50% Lowline x 50% Speckle Park herd.

Lowline cows had a comparatively huge pelvic area and 30kg to 35kg calves should not be a problem.

resulting in a new innovative composite evolving breed which we have named Speckleline cattle. 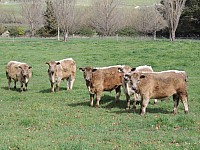 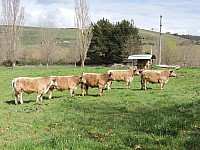 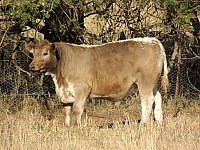 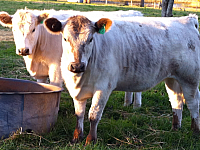 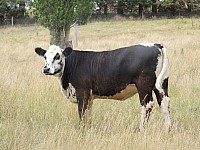 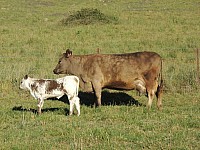 This is a great cross as can be seen by the photos.